For 111 years, the people of Southeast Farmers Coop have served agriculture in southeast South Dakota. In that time, we’ve become known for the speed and space we offer grain customers at harvest, the high level of service and quality of work our agronomy patrons enjoy and the premium Cenex® refined fuels and propane we deliver. 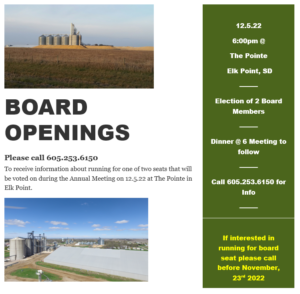 What is the best way to transfer farmland to the next generation?

Explore your land distribution options to determine which is the best fit for your family farm. By: Mike Downey Undivided interests By far the most common method I run across is one generation leaving the next equal undivided ownership interests in all the real estate. This is the easiest way to treat your children equally […]